More work on patterns and sequences. The first exercise was a colour sequence which had to be copied throughout the scarf using the balls of wool as a guide. They also had the chance to create their own sequence at the end.    The second exercise was to copy the pattern of the glove on both sides. They were allowed to use the colours they wanted, but mirror the pattern.    A hunting maths game was played out by the preschoolers. They were given different addition sum on a card. Scattered around the floor were the answers they needed.   So after they had worked out the answer it was a hunting time to find the correct answer and make the perfect match.   What do things weigh? Which is heavier? Using a pencil as the point of reference the 5 year olds had this interesting posed to them. A secondary object was given to them and first was the guess of which was heavier or maybe even the same weight. Then they got to test it out by hand and record the results.   Wed
Post a Comment
Read more 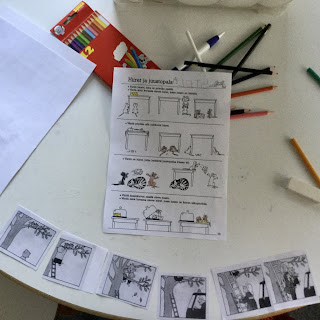 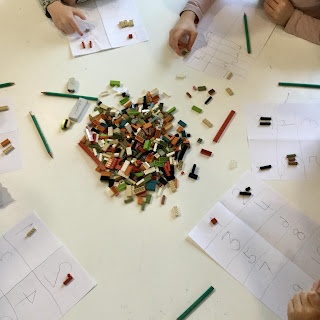 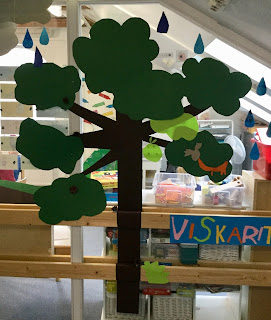